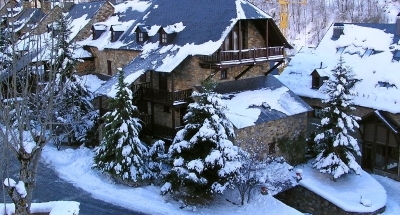 The last village of High Aran after which you will find the urban nucleus of Baqueira. It is the door to one of the entrances of the Aranese side of the Aigüestortes and Sant Maurici Lake National Park towards the glacial Colomers Cirque. The route goes up the Aiguamòg valley until reaching the famous Baños de Tredos hotel and hot spring center whose sulphurous waters with their therapeutic properties were used by the Romans. The parrochial church of Santa Maria del Cap de Tredòs holds in its exterior features of the Lombard Romanesque architecture except the roof which disappeared in a collapse and was replaced by the current one with its unique two sided wooden structure.