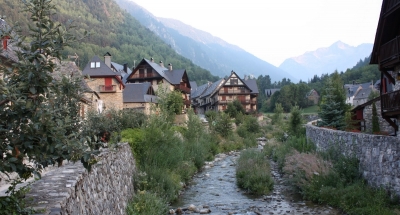 It's one of the most notable villages of High Aran due to its two churches, Sant Joan and Santa María, its quaint old town with some of the most stately Renaissance houses of the Valley. Not to mention its active and vibrant bars and restaurants. Sant Joan is a harmonius combination of the purest Gothic style while the Santa María is a good example of the superposition of different styles from its older Romanesque nave to its splendid Gothic 5 story bell tower with its grand clock. Arties is also one of the entering points to the Aranese side of the Aigüestortes and Lake Sant Maurici National Park through the Valarties valley.